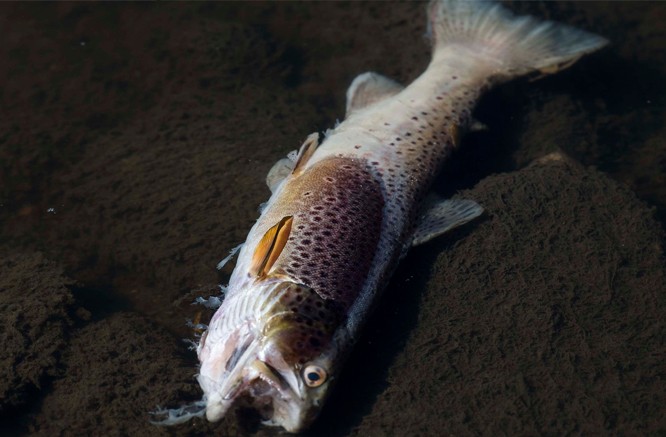 “After a wet autumn, a farmer on land sloping down to a small tributary was aware that his growing herd of cattle was reducing his slurry storage capacity.

As winter set in the rains kept coming. The slurry tanks were already full, and getting fuller. A few miles downstream, Wellow Brook had been at flood level for weeks.

One day, the phone rang in a local angler’s home. “There’s been a pollution incident…the ford is three feet high with foam…”

The angler had never experienced anything like it. Dead fish were everywhere. The fisheries scientist from the Environment Agency followed the pollution upstream and found the source. A ‘tsunami of slurry’ had burst from the tank. 100,000 gallons of slurry has surged down the Brook. Luckily a few fish survived – this time.

The Agency failed to initiate any action against the polluter. After a year minimal action was taken, resulting in a small donation to the local Rivers Trust.

This event is a warning of worse to come. It will happen again if farms are not effectively penalised when they fail to observe the existing rules.