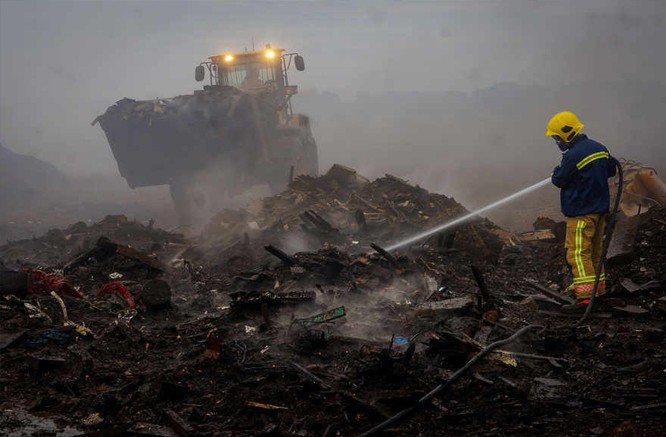 “In September 2016, 1,000 tonnes of waste at a farm in Rugeley caught fire. The rubbish was a huge pile of wood, domestic waste, asbestos, soil, gas cylinders and fabric. The landowner had been told to remove the waste three months earlier but hadn’t done so. Enforcement officers thought the fire had been started deliberately.

Smoke travelled for four miles. We were told to keep our windows and doors shut for ten days. It felt like there was something really toxic in the air. We were all worried this would affect our long-term health. My youngest son has asthma, so I was really concerned. A friend of mine was pregnant, and she considered leaving the area.

Firefighters were visiting the site once a week, but there was so much rubbish that Staffordshire Fire and Rescue said the amount of water needed to put it out risked contaminating the drinking water supply. So they decided to let it burn down.

It smouldered for 18 months. Firefighters spent over 340 hours there. Just the cost of firefighters visiting the site was over £100,000.

There is now a high court injunction against the owner. They had better stick to it.”