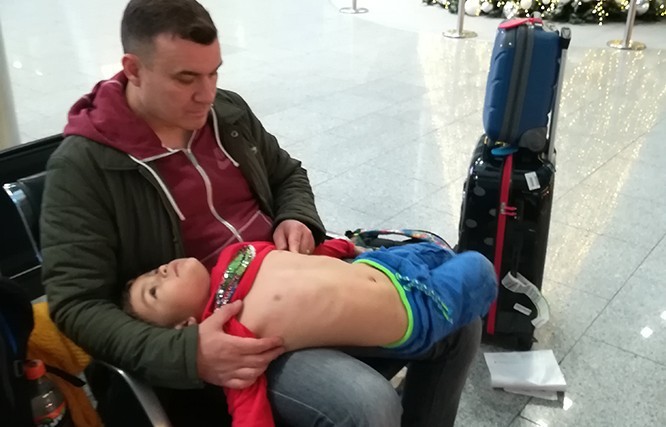 “On Friday 23rd November 2018, a flight from Manchester to Düsseldorf resulted in my 4-year old son being taken to hospital by ambulance for emergency treatment due to a severe allergic reaction.

I had contacted Eurowings informing them of my son’s life-threatening nut allergy and received written confirmation from them assuring me they would make an onboard announcement and stop the sale of nuts during this flight. This was again confirmed on the day at the check-in desk as well as with ground crew.

But, no announcement was made after take-off and when I questioned the staff they said they would not be making an announcement or stopping the sale of nuts. They told me it is not the airline’s responsibility.

If we’d had any idea this would happen, we would not have boarded the flight. After landing my son developed itchy hives on his skin which rapidly got worse and he was taken to the local hospital for severe allergic reaction. He has since recovered physically (to the best of our knowledge), however the psychological damage caused by this incident still remains.

We no longer feel safe flying and will not be doing so in the near future.”