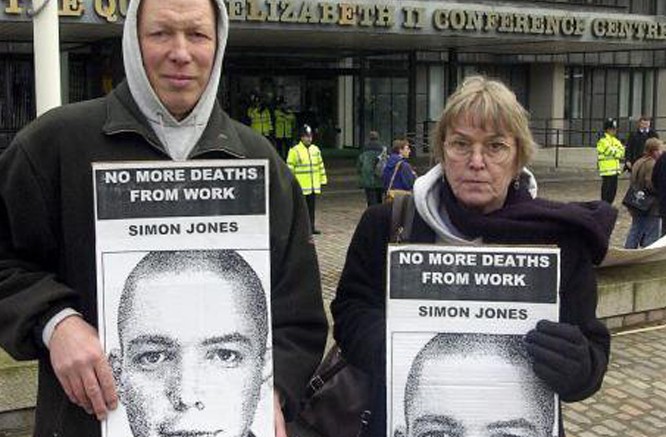 “My friend Simon Jones was 24 when he was sent to work inside a ship at Shoreham dock, by an employment agency which claimed to provide “ideally qualified people – that’s guaranteed”.

Within two hours on his first day his head had been crushed by a crane.

Simon had been tasked with unloading cobble stones at Shoreham dock. He had never worked on a ship before and had no relevant training or experience.

The crane would normally have had either a grab or chains fitted, depending on the cargo. There was no need for the grab to be on the crane that day as only the chains were being used.

But a few months earlier the grab had hooks welded inside it, allowing chains to be hung from inside, to save the cost of removing the grab and replacing with the hook every time.”

It was about an hour after unloading began that the accident happened. One of Simon’s co-workers heard him make a grunting noise. His head was trapped in the grab, making his face bulge forward. He’d died instantly.

A charge of corporate manslaughter was brought but the jury found the company not guilty, despite finding them guilty of health and safety crimes that led directly to Simon’s death.