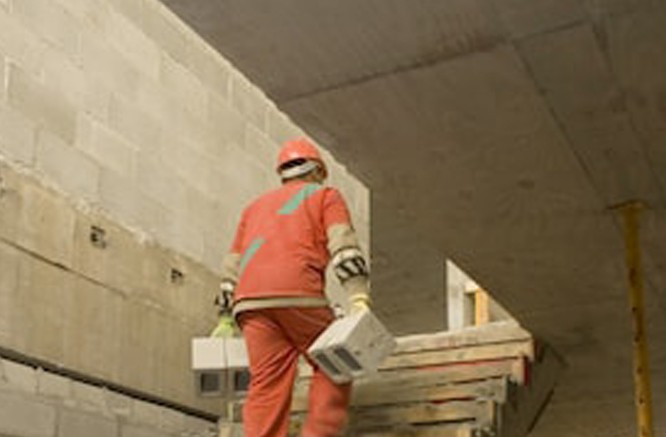 “In Barbados I had a good income. One day I lost my job. It knocked me flat.

I met this guy, who used to come to Barbados on holiday. He said: “Come work in the UK for six months, you can earn up to £600 per week”. He paid for the ticket.

We came to the UK all ambitious…and walked right into a trap. They took us to this house and then said: if I don’t do the work they will kill my son.

I was hungry, I was getting up at 5.00am, going out in extreme weather conditions. Lifting 500-600 blocks from place to place, stirring concrete, tiling roofs – boy it was hard.

I never worked the same place twice. The people whose houses we worked on, they don’t care who’s doing the work, they just pay to get it done. For three and a half years I got weaker and weaker. One morning, I was too weak to lift the blocks. They brought my son, drove us to a strange neighbourhood and dumped us onto the street.

I was in hospital for four months. When I came to the safehouse I was so thankful I was alive.”

*Frank’s name has been changed