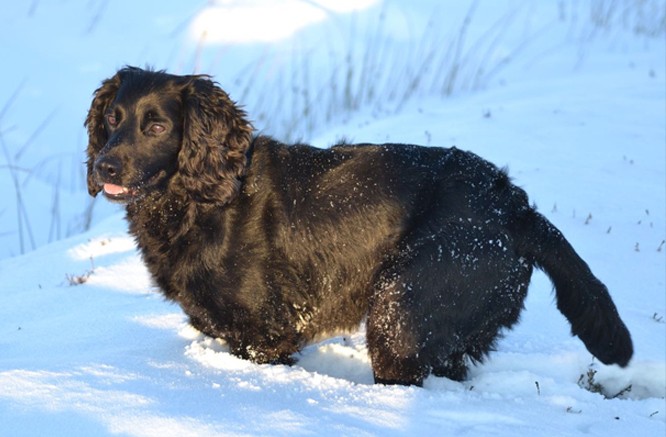 “Little did I think that when I saw Murphy jump into the back of the car that when I brought him home I would be carrying him, limp and lifeless.

I knew something was not right when Murphy had not caught us up. We had been using this woodland, which has a public walk going through it, for about two years without a problem. Eventually I saw some fresh tracks in the snow and followed them into the woods. I saw Murphy lying dead in the beam of my torch.

The snare around his neck was not a legal free-running snare (which relaxes when the animal stops pulling). I had to force his head out of it. Near his body was a stink-pit, filled with carcasses to attract animals – it was beyond belief.

The snare was removed during the night before I got there the next morning with the police.

It took Weardale Estate, which is managed for driven grouse shooting, 96 days to admit responsibility, but the Land Agent wouldn’t admit that his keepers were not following the Code of Conduct for snares.

Almost a year on, we are still devastated.”