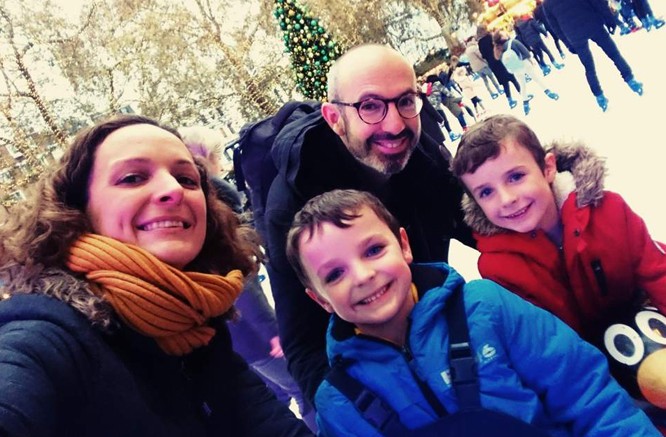 “My son Theo, who is six, was recently diagnosed with asthma. There has always been a family history of asthma so I don’t think it’s necessarily caused by pollution but it definitely exacerbates his symptoms.

Because he is little, he doesn’t notice the symptoms. But I notice the cough. He coughs a lot less when he is out of the city and at night, because we have put an air purifier in his bedroom.

Last summer, we went abroad on a family holiday to the Portuguese coast for a whole month and Theo didn’t use his inhaler at all. When we came back to Dulwich, into the city air, he began reaching for it again.

Theo’s symptoms are also less severe when he spends time with his grandparents in Sussex. We have now decided to move to Sussex, because of his condition.

For me, it is about getting cars away from schools. I do think that people are starting to listen, and that change will eventually be achieved. I just think this isn’t happening quickly enough for today’s children’s young lungs.”