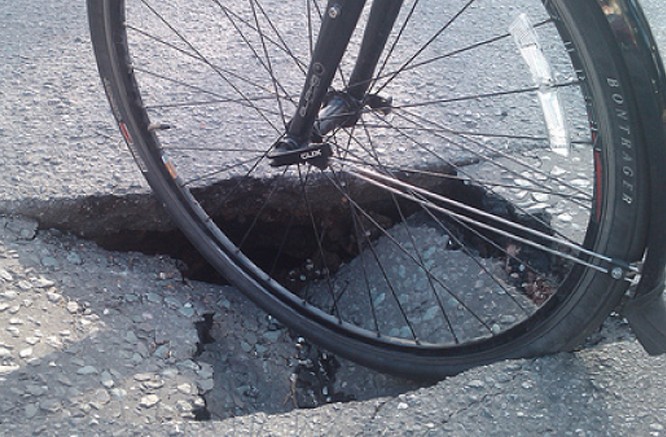 “On March 2, 2017 I was cycling home from work when I hit a pothole. The hole measured four inches in depth and was over a foot long. It crossed both black-and-white segments of the crossing which made it very difficult to see.

I am a physiotherapist, and I could not treat for the next six weeks. This had a massive effect on my case load. Two years later, I have had to significantly change my career path with a reduction in hours. It’s all currently in limbo, as I still don’t know what the long-term effects will be.

Recently, the pothole which injured me returned. It is in exactly the same place and looks just like it did the day I was injured. This left me feeling angry and upset. The council have told me they will monitor it to see if it gets worse. I think this is unacceptable and that they are not taking the safety of constituents seriously.”