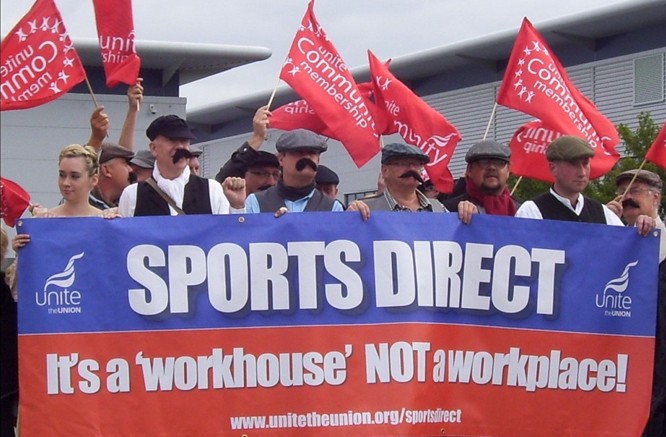 You heard of people being off sick for few weeks, with proper sick notes from the doctor, getting sacked for no reason when they were ill, just paid off and laid off.

I was a picker, taking items from the shelves in the warehouse. Our speed was timed, and if you were slow you got a strike, and your name was called out over the Tannoy for everyone to hear. But the targets were impossible to meet.

Staff were made to clock themselves out, to keep the wage costs down, but they had to keep working. So people weren’t being paid for all their hours. Staff on zero-hour contracts were made to work extra hours without pay, with the threat of no work the next day if they refused. Mike Ashley, the founder, even admitted they has broken the law by falling to pay the national minimum wage.

110 ambulances were sent to the warehouse between 1 January 2013 and 19 April 2016. Incidents included an amputation of a finger, a fractured neck, a crushed hand, head injuries, and one woman who gave birth in the warehouse toilet.

MPs have compared Sports Direct to a “Victorian workhouse” for its appalling work practices.