We welcome the Government’s commitment to the creation of a world class regulatory system. Regulations are the invisible framework that support stability in the UK. They provide security and predictability for citizens and businesses.

Regulations underpin trust, including between businesses and consumers. Sound regulations are also key to securing the UK’s reputation as a trade partner and a destination for investors. Our departure from the EU should be an opportunity to consolidate the UK’s reputation for high standards and robust regulations. We know that well-designed and enforced regulations produce a wide range of positive economic outcomes.

Strong regulations around low emissions vehicles, waste reduction, low carbon power and sustainable construction have already benefitted UK industries, created jobs and made them increasingly competitive in international markets. They have also yielded tangible returns. Defra has estimated that the benefits of its regulations are 2.4 times greater than their costs in monetary terms, for example. Similar or higher returns have been calculated in relation to trading standards and waste crime enforcement.

In the case of taxes, the returns to investment into enforcement rise to 15 times. Conversely, evaluations of previous drives to cut back on regulation have indicated that these exercises generate little by way of economic benefits. One study of One in One Out exercises in eight countries by Oxford University’s Smith School 2017 concluded: “none of the countries we review has demonstrated that this policy innovation has actually led to improvements in economic efficiency”. Indeed, claims that initiatives such as the BusinessImpact Target (BIT) and the 2011 Red Tape Challenge have led to cost savings for businesses or government are increasingly questioned. Likewise, Regulatory Impact Assessments (RIAs) have been found to increase administrative burdens on departmental teams.

In this submission we set out four guiding principles which we believe underpin the pursuit of a world class regulatory system moving forward. Our view is that whilst most of these principles are implicit in the better regulation consultation, they should be far more explicit and put at the centre of this process. 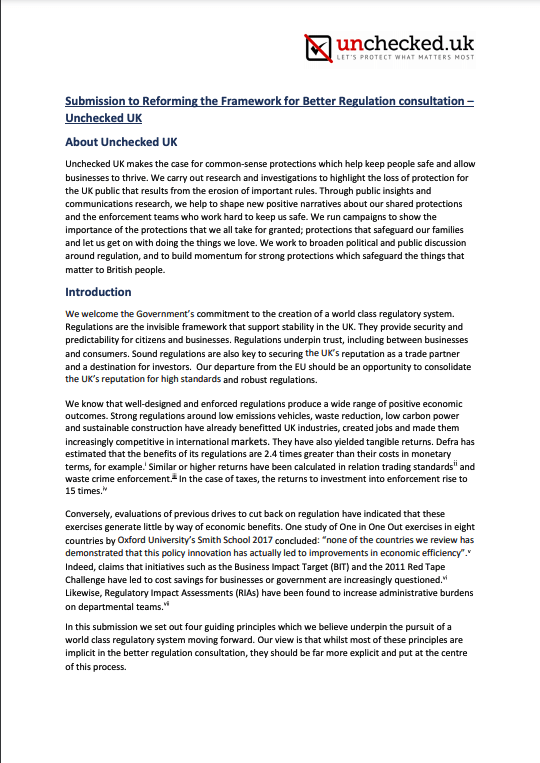 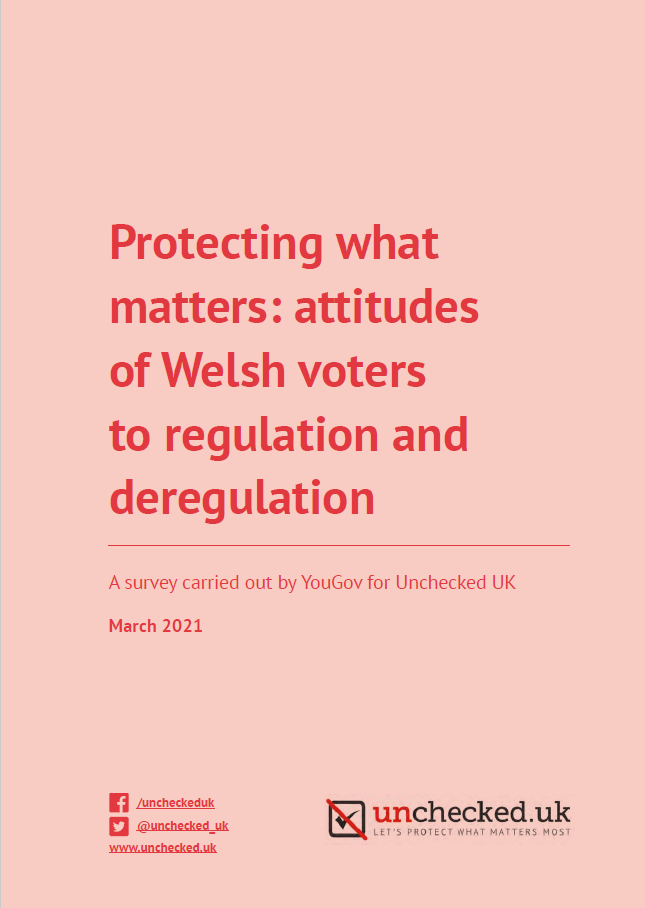 This briefing, co-authored by Focus on Labour Exploitation (FLEX) and Unchecked UK, outlines the extent of the UK labour market’s enforcement gap. It shows that the resourcing and staffing of UK enforcement agencies are unfit for purpose and highlights the gaps affecting key sectors of the economy where workers are most vulnerable. Finally, it sets out the need for effective resourcing of the crucial agencies which are tasked with enforcing the rules that govern the UK labour market.

Despite the Government’s commitment to strengthening workplace protections and the introduction of some policies to support this goal, too many labour market trends are moving in the wrong direction. Whether by underpayment of the minimum wage or the prevalence of unsafe workplaces, the evidence shows that infringements are more common, and that labour exploitation is intensifying.

This briefing shows how under-funding of enforcement agencies persists, having a direct impact on how agencies operate. Ultimately, workplace protections are only as strong as the enforcement which underpins them. The UK labour market is now subject to a serious and widening enforcement gap. The cost of this gap isn’t just to the economy but to all the working people who rely on these protections to keep them safe and ensure that they are paid fairly.

We’re working for a fair society where strong common-sense rules and properly funded public bodies protect the things that matter most.

Will you join the campaign ?